Recap: 'At what price?' - Online conference on EU ETS 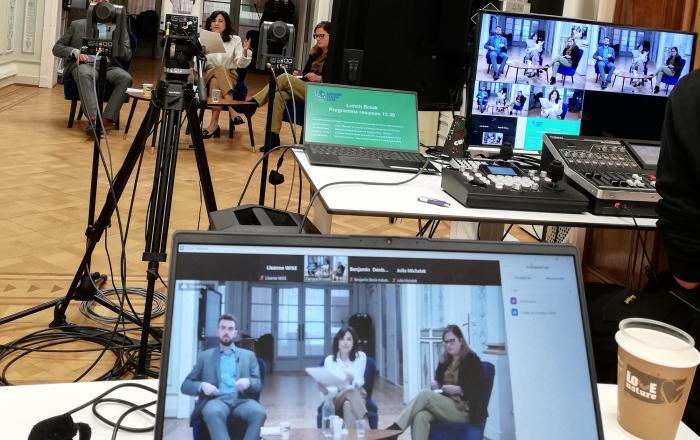 On the 25th of January, EU politicians, academics, and speakers on behalf of industry, civil society and labour unions came together to discuss the role of the EU ETS in combating the climate crisis. With the EU ETS, the European Commission aims to achieve a 55% reduction in greenhouse gas emissions by 2030, and net-zero emissions by 2050. But is the ETS fit for purpose to achieve this goal? And how can the ETS ensure a just transition for society and the climate?

In an online conference, facilitated by TV personality Talitha Muusse, speakers debated on a variety of contentious ETS topics, such as the overall climate ambitions and ambitious targets, free allocation of emission rights for the industry, social implications of the ETS and much  more.

Pieter Willem Lemmens, Climate consultant at ClIMACT presented their simulation model, which enabled CLIMACT to assess the impact of the Europeans Commission’s proposal on ETS on the supply and demand for ETS emission rights, the free allocation levels and the impact on auctioning volumes. (Continue reading below the video)

Conference on EU ETS: 'At what price?' The role of the EU’s ETS in combating the climate crisis

Pieter-Willem explained that the model predicted that, despite a tighter emission cap, the surplus of allowances on the market could start to increase again after 2025. This could bring the overall -55% reduction objective at risk. Pieter Willem suggested 3 solutions to reduce the CAP; reducing the MSR threshold in line with the CAP, a stronger one-off reduction of the CAP, or a combination of both.

A lively discussion followed, as Jos Delbeke - Former Director General at DG Climate Action – and  Peter Liese - MEP & rapporteur for the revision of the EU ETS, disagreed that the stronger targets were necessary and warned that this was politically unrealistic. Mr. Liese stressed “What we need is a realistic proposal. It is important to avoid carbon leakage and to push the world in the same direction. Therefor I didn’t propose a change to the ambition level.” Sabine Frank – director of Carbon Market Watch – responded that the CLIMACT study showed we do need greater ambitions: “We should not fear the political consequences before we have discussed what is necessary for the climate”.

On the positive note, the model showed that revenues, in particular for the modernization- and innovation fund would increase as a result of the Commission’s proposal. Jos Delbeke: “The innovation and the modernization fund are going to be important drivers, for two reasons, more allowances are going to these funds, and they will be worth more, so that’s a welcome development”.

The panellists also shared their views on free allocation and carbon leakage. Peter Liese expressed that we need to be careful, and ensure that decarbonizing Europe will not lead to de-industrializing Europe. “Without carbon protection, we may create a disaster”. He explained why predictability of the market and rewarding the best performers is important. Jos Delbeke mentioned that free allocation at the moment is overly generous, including occasional overcompensation, and that we therefore should rethink the free allocation system: “How can we accelerate the transition towards a much lower carbon economy?”. Sabine Frank also suggested that ETS can be the answer to ensure the competitiveness of industries, through supporting industry to decarbonize, rather than just giving out free allowances to industry. “Free allowances are foregone revenues, we need the revenues to make a decarbonized industry in Europe globally competitive.”

Participants mentioned that this is particularly relevant in the debate on the CO2 price. Both Mr. Liese and Paul van Dam - Climate Attaché at Permanent Representation of the Kingdom of the Netherlands to the EU – mentioned that the relative component of the CO2 price on the current rising energy price is limited. The ETS can actually help to solve the energy dependency issue that we are struggling with by driving the transition towards renewable energy.

The speakers in the second panel touched upon the social and financial impact of ETS, and the different mechanisms and funding schemes that it contains. Impact on different sectors, Member States and people working in the industry. With a rising CO2 price, the necessity to address social concerns also increases. Who will pay in the end, and at what price? According to Barbara Mariani it is possible to make up for the lost decade of climate action in a fair way: “There is a huge amount of money, also in the recovery plans. We have the innovation fund, and the modernisation fund to drive industries toward decarbonisation. It's not about money, it is about how you spend it.”

Part 2: ETS Conference: "At what Price?'

Julia Michalak, working for the International Emissions Trading Association, also talks about the modernisation and innovation fund mechanisms that are there to help the lower income Member States to decarbonize. However, Ben McWilliams from think tank Bruegel, stresses the need for strengthening the innovation fund for even more redistributional justice because we “potentially can arrive at the situation where certain Member States can decarbonize and are happy with high CO2 prices, sitting in a nice place in 2035 while others are not.”

According to Benjamin Denis, Senior Policy Advisor at IndustriAll, the rising energy prices are a threat for industrial jobs and they are exacerbating inequalities. “A strong and just answer is needed. Carbon price policies are not implemented in a social vacuum. Taxation policies matter, labour law matters. The more precariousness you have on the labour market, the lower the wages and the incomes, the more difficult it will be for the population to accept carbon pricing instruments.” But should we be pessimistic about people's opportunities on the labor market? And shouldn’t we be more concerned about the climate, since there are no jobs on a dead planet?  It's both, all the panelists agree.  Ben: “In the next 20 to 30 years, most likely, the net effect on jobs is going to be positive. It is definitely a challenge, to learn different skills, to move to different places, but the narrative that responding to climate change kills all our job, at least in the medium term, to me does not have merit.”

This event is part of a series of meetings organised within the LIFE ETX project to share knowledge and best practices and discuss carbon pricing policy-making processes among a wide group of stakeholders. This first event is the start of a dialogue between citizens, journalists, policy makers, industry, etc. about the ETS system and how to make emission trading work for the people and the climate. 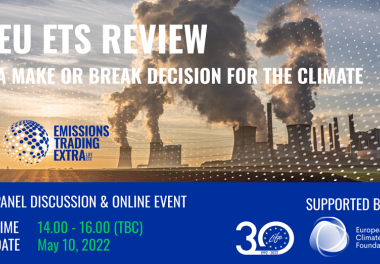 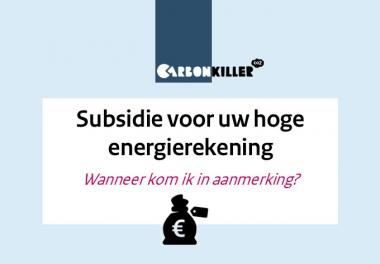 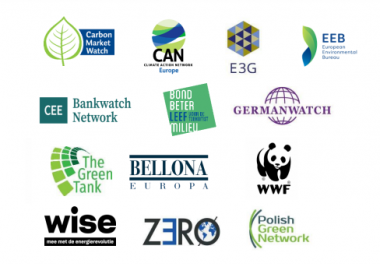 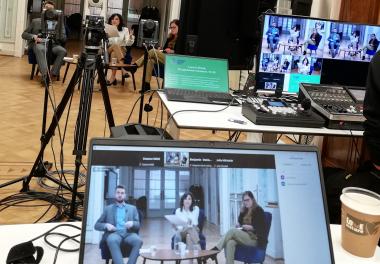 Samenvatting conferentie ETS: ‘At what price?’